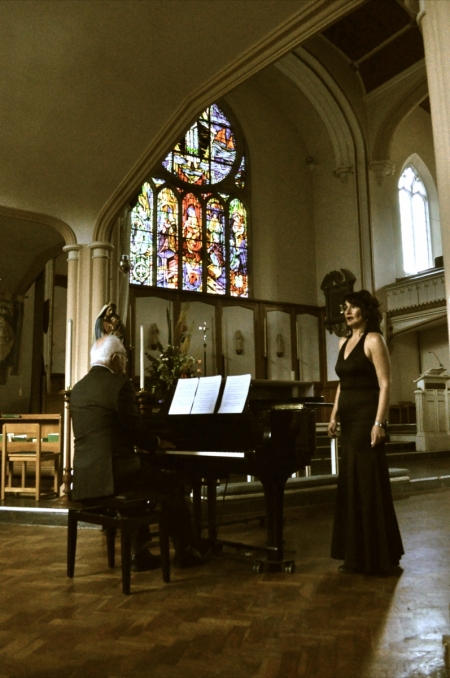 Maria Heseltine graduated from De Montfort University, Leicester, with an Honours Degree in Fine Art. She then worked at the Verrochio Centre of Art in Casole d'Elsa, Italy, where she saw a local girl give a recital of Puccini arias and felt compelled to learn the craft as a result.

After returning to England Maria embarked on some interesting vocations including working for The Guardian newspaper, modelling for Eduardo Paolozzi and performing in a Peter Greenaway installation at the Hayward Gallery.
Meanwhile, she took singing lessons with Peter Medhurst, later applying to Trinity College of Music, where she completed a Postgraduate Diploma in Vocal Performance as well as a Licentiate (LTCL) to support her work as a singing teacher.
While at Trinity Maria studied under the tutelage of Teresa Cahill and Robert Aldwinkle. Her roles studied on the Opera Scenes course included Dryad in Ariadne by Strauss, 3rd Nymph in Rusalka by Dvorak, Laura in Iolanthe by Tchaikovsky, Annio in La Clemency de Tito and Dorabella in "Cosi Fan Tutti", both by Mozart. She also sang the part of Hansel in The Runaway Opera's production of Hansel and Gretel, by Humperdinck. Maria performed the song cycle, "Sous Etendu," written especially for her by composer Jeffery Joseph, as part of her Final Recital.

Since moving to Cornwall, Maria has enjoyed performing with the Aston String Quartet, St. Buryan Male Voice Choir, and singing on over a hundred film soundtracks for artist Andrew Lanyon.

Maria teaches Singing at Penwith College, Cornwall where she met concert pianist and composer John Thomson www.johnthomsonpiano.com.They have enjoyed performing John's compositions alongside some of their favourite works by Brahms, Schubert, Fauré, Vaughan Williams and Barber.

Maria works regularly with local composer Douglas Cook, their latest project being an album of his settings of Five Rossetti poems. Also, she recently recorded the album "Voices" in collaboration with Clive Parnell who composed all the songs. Both albums are now available on iTunes and Amazon.co.uk. 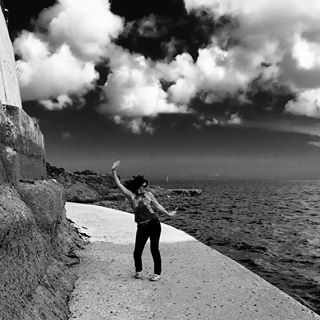 no upcoming concerts at this time

all photography by Gavin Nicol